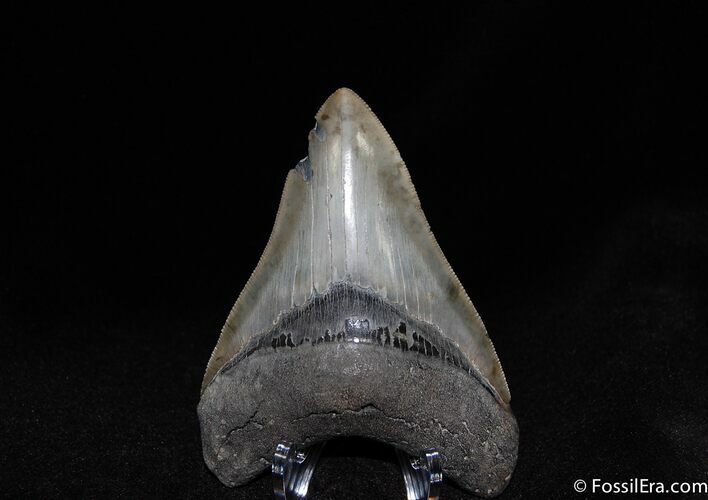 Here is a sharply serrated 4.12 inch Megalodon tooth with a great tip. The coloration on this tooth is beautiful and it has a great root. The tooth is very impressive and displays well on the included stand.

This tooth has absolutely no repair or restoration.