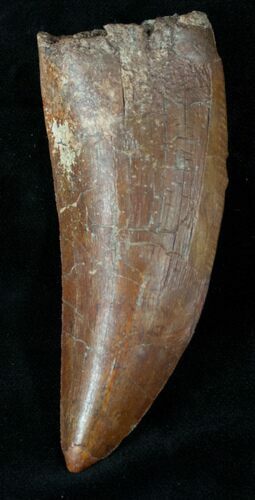 This is a large 3.84" tooth of the massive theropod, Carcharodontosaurus saharicus. Carcharodontosaurus often gets compared to T-Rex, but is actually believed to have grown even larger. It has huge, knife like teeth made for slicing flesh, while the teeth of T-Rex were much thicker for crunching bone and tearing.

This us a very impressive tooth. The serrations are worn though nearly all of the inner serrations are still visible. A fair amount of the enamel in the center of the tooth has been RESTORED hence the price. For reference, a completely unrestored tooth in good condition of this size would fetch around $2-3k 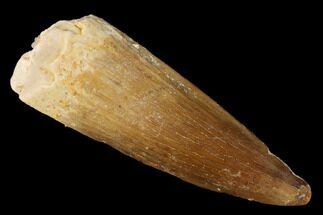 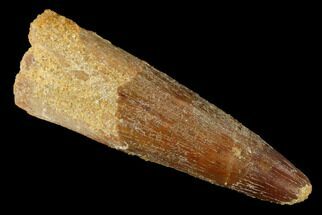