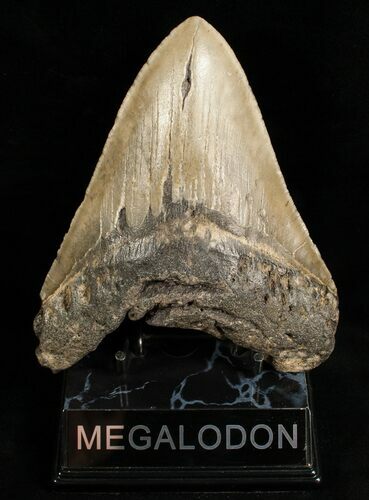 This is a monster, 5.43" long Megalodon tooth from the Pungo River Formation of North Carolina. A tooth this large would have come from an adult shark approaching 50 feet in length, a true terror of the seas during the Miocene period. It comes with the pictured "MEGALODON" stand.