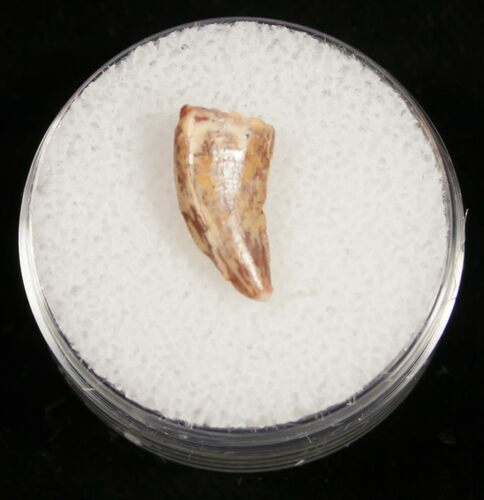 The tooth has a beautifully mottled and smooth surface from variations in fossilization. It has fantastic serrations on the back side, but they have been worn down on the front edge and the tip is also worn. 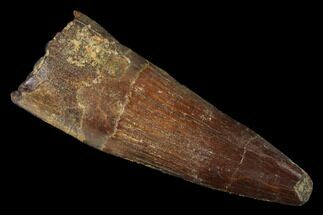