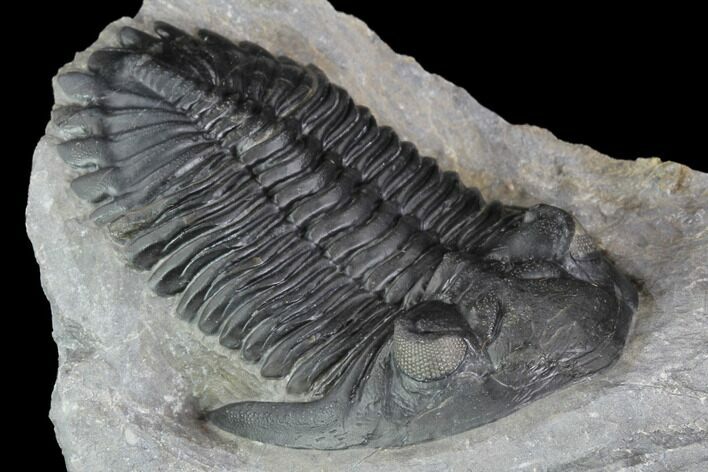 This is a beautiful, 2.45" long example of the trilobite Hollardops merocristata from Ofaten, Morocco. It's nice size for species, very 3D, has great shell quality and preparation. There is no restoration on this specimen. There is <1% shell restoration along one of the repaired cracks.