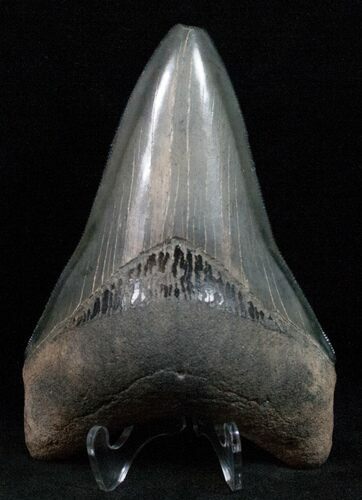 This is a really beautiful, 4.22" long fossil Megalodon tooth collected in South Carolina after it eroded out of the Miocene aged Hawthorn Formation. A tooth of this size would have come from an adult Megalodon shark in the 35-40 foot size range. This tooth is beautiful enamel preservation, a very nice root and sharp serrations. There is some minor feeding damage to the tip where the tooth had impact bone or another tooth. It comes with an acrylic display stand to show it off.