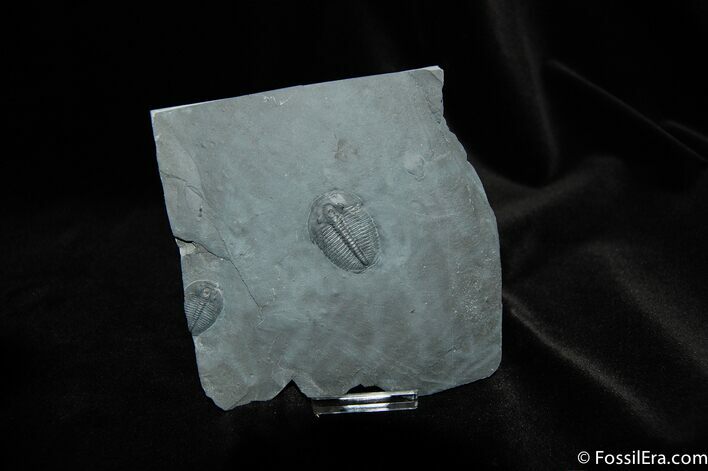 Here is a nice double Elrathia plate from the Middle Cambrian Wheeler shale. The larger Elrathia is 1.2 inches long and centered in the middle of the plate. The smaller one is running just off the left edge. Both trilobites have great preservation and were prepared with air abrasives rather than the typical grinding wheel prep methods used by the quarries. This method takes significantly longer, but you can appreciate the much better results.