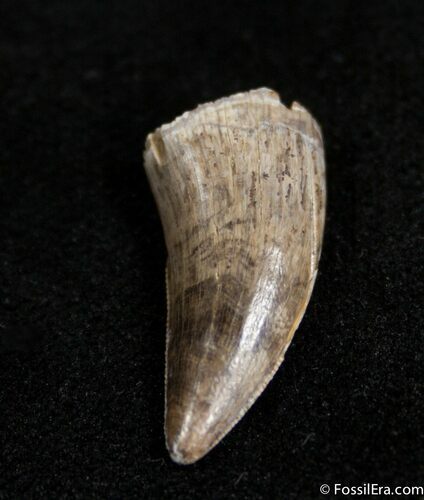 This is a nice .83 inch long tooth coming from a dromaeosaur, closely related to the velociraptors of Jurassic Park fame. It comes from the Cretaceous aged Hell Creek Formation of Montana.

The tooth has beautiful, dark enamel, good serrations and is fairly large for a Dromaeosaur tooth. There has been no restoration or repair work done the the tooth. The great condition is due to the fact it was collected while digging not surface collected. It comes from a river channel deposit on private land in Carter County, Montana.