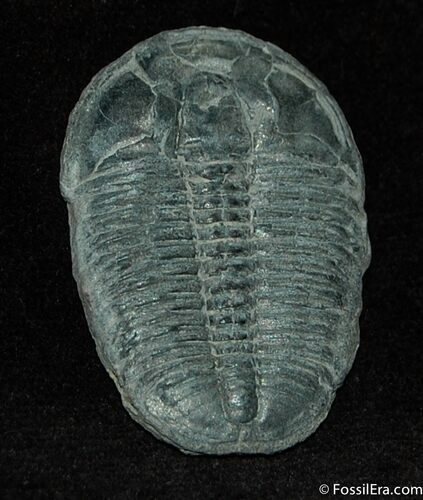 Here is a nice sized example of the classic Cambrian trilobite, Elrathia kingii. It comes from the Wheeler Shale near Delta, UT. It is complete, well preserved and totally free of the surrounding rock.