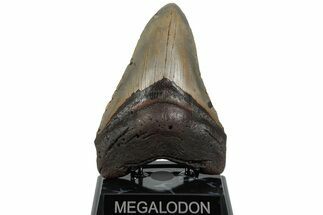 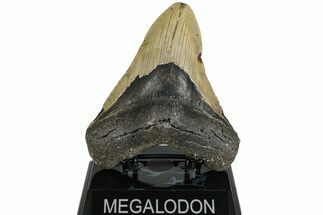 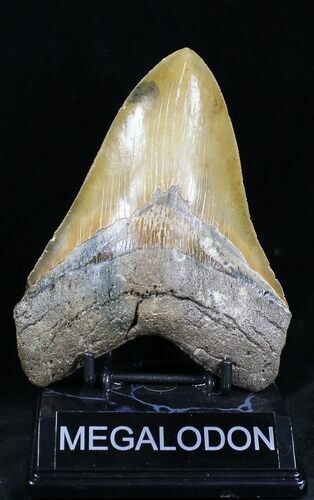 This is a very large, and highly serrated 5.59" long Megalodon tooth collected off the North Carolina coast. These teeth are found in about 100 feet of water by commercial divers after they erode out of the Pungo River Formation which is Miocene in age. This is a tooth and would have come from a prehistoric, mega-shark in the 45+ foot size range. It rare to see teeth from this area that retain sharp serrations like this tooth does. 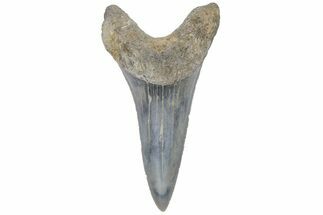 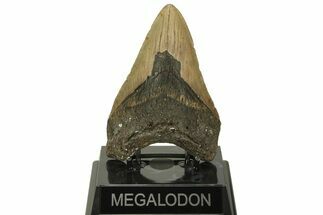