Pair of Calymene Trilobites for Kathleen 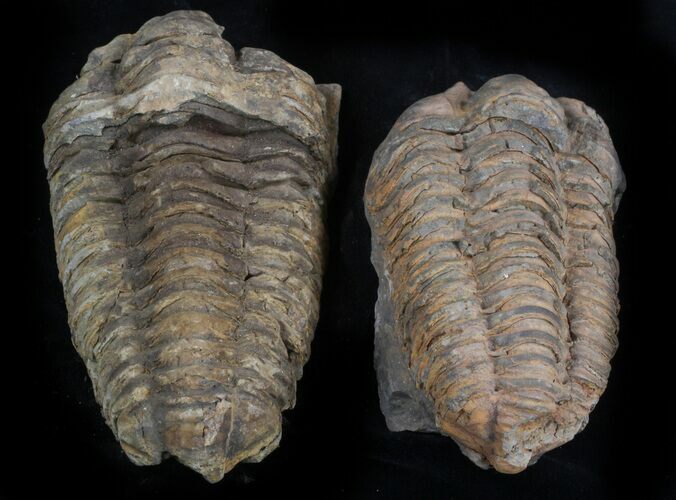 This is a pair of, 3D Calymene trilobite from the Anti-Atlas Region of Morocco. These trilobites are preserved as internal molds within the sandstone formation and are fairly common making them a very inexpensive trilobite fossil for their size.