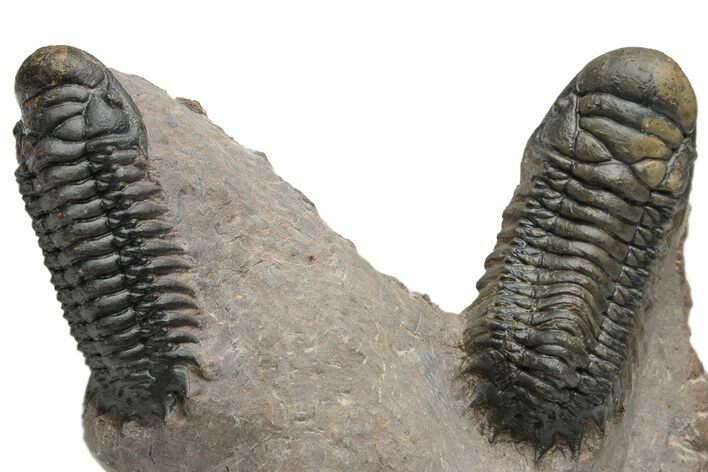 This is an impressive pair of well preserved Crotalocephalina trilobite fossils collected near Atchana, Morocco. The larger one is 3.2" long and the smaller is 2.7". The rock has been painstakingly removed using air-scribes and air abrasives and then sculpted to create an aesthetic, free-standing display. Total shell restoration is only about 3% on this piece.