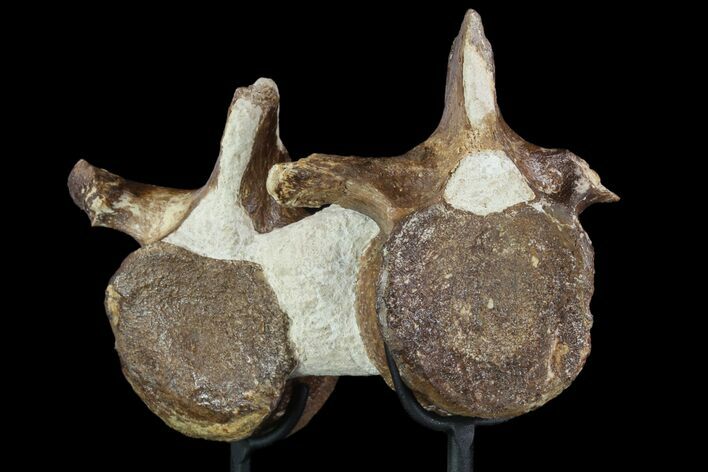 This is a pair of well-preserved fossil Plesiosaur vertebrae with some of the processes still intact. They were collected from the Upper Cretaceous (Early Turonian Stage) deposits North of Goulmima, Morocco. There are several species of Plesiosaurs known from this area including both short- and long-necked varieties.

The larger vertebra including the processes is 4" tall and 2" thick. The custom metal stand makes for a stunning display and will make a wonderful addition to any collection.