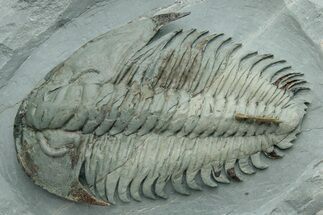 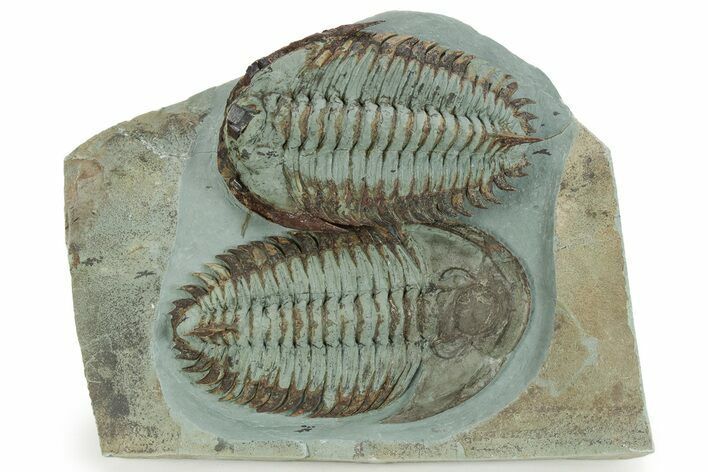 This is a spectacular double Longianda termieri specimen from Issafen, Morocco. This piece had been in my personal trilobite collection until recently.

Both trilobites are quite large and 5.6" and 4.8" long and well prepared to bring them out in high relief against the rock. They have a layer of rust-red limonite around their borders which is typical of many trilobites from this locality. The stone has mostly been removed around one specimen leaving it flying on a pedestal in a spectacular display. This trilobite also has some pyrite cubes embedded in its head, lending to the uniqueness of the piece. 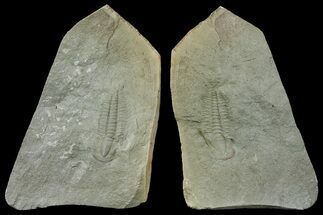