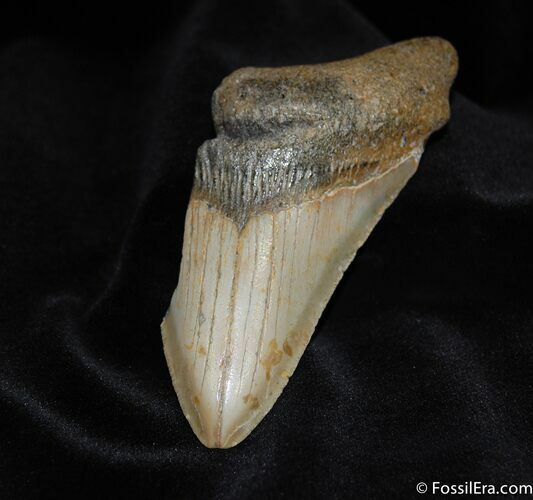 Here is a partial 4.15 inch Megalodon tooth from found in South Carolina. It comes from the Pliocene-Miocene (4-7M Years) aged Hawthorn formation and would have come from a true terror of the ancient seas.