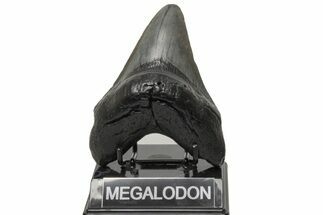 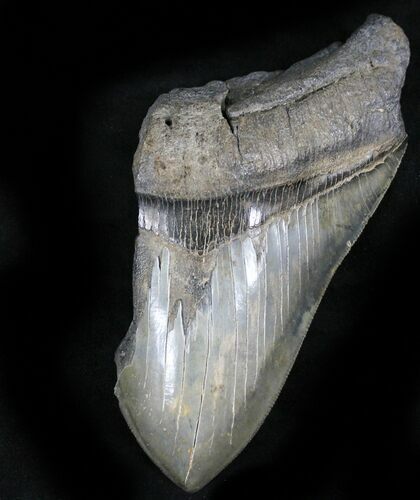 This is a partial 6.19" Megalodon tooth collected in South Carolina. This tooth would have come from an small Megalodon Shark in the 50+ foot size range. Despite being a partial tooth, the enamel, bourrelet, and remaining serrations have survived the test of time, and this is one sharp specimen!