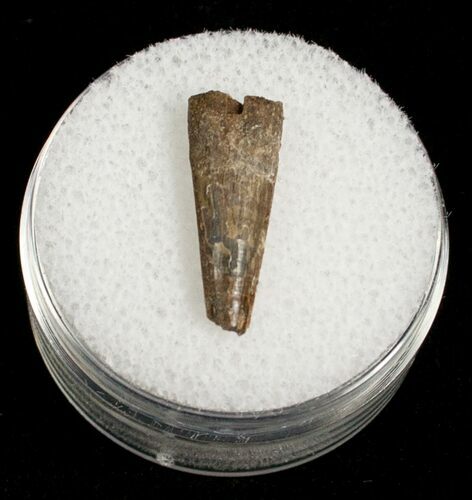 This is a partial tooth of a Dromaeosaur, commonly referred to as a raptor. It comes from the Hell Creek Formation of Montana and is 66 million years old. This one is just missing the tip. It comes in an acrylic jewel case.