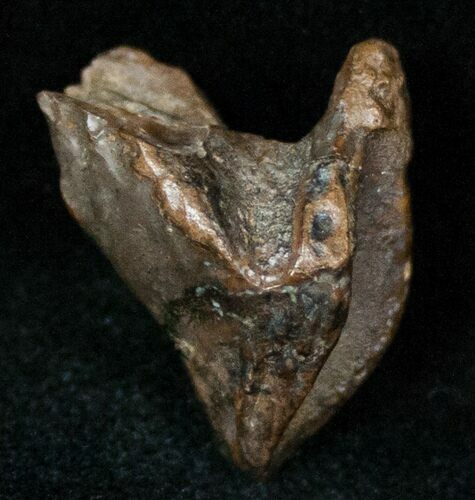 This is a partially rooted tooth of the iconic, horned dinosaur Triceratops horridus. It was collected from the Hell Creek Formation in Powder River County, Montana. It exhibits relatively little feeding wear and is not a shed tooth like the majority to Triceratops teeth which are found. At .8" long it's a small tooth so it probably came from a juvenile of the species.