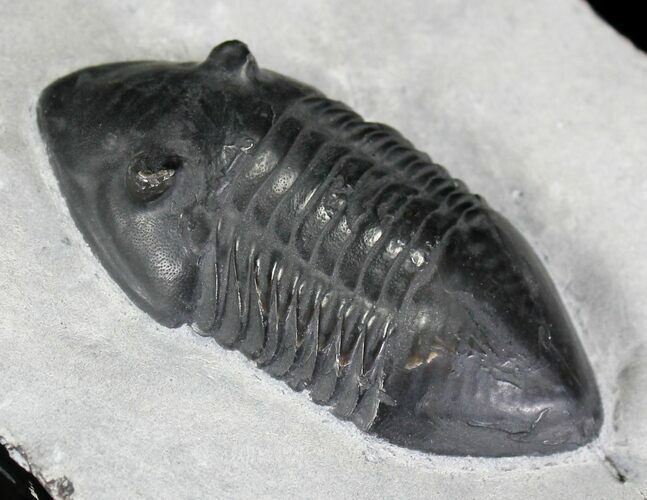 It's 2.32 inches long and comes from the Isotelus layer in the quarry, known for producing exceptional specimens of Isotelus. Unfortunately this layer has been almost entirely non-productive for 3 seasons now, so these Isotelus are getting hard to find.

There is some shell restoration along the repaired cracks in the tail and running along the right side of the body. This is pretty typical for the Isotelus as the shell tends to flake where the rock has been broken.