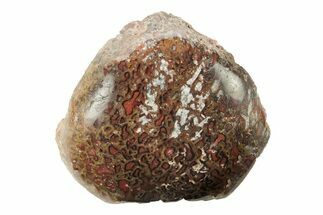 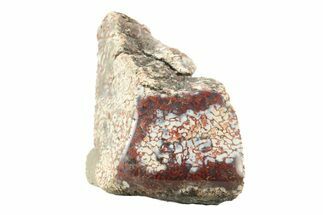 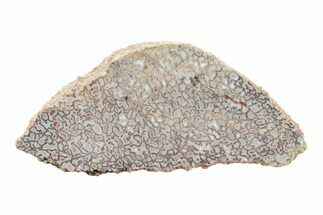 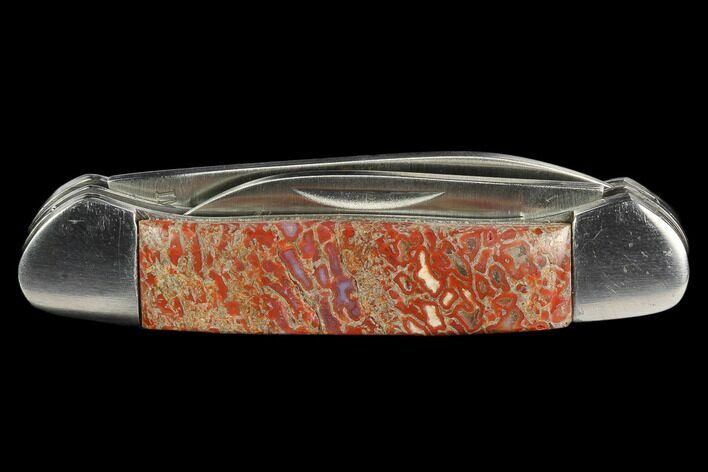 This is a beautiful folding pocketknife inlaid with polished, 150 million year old, agatized fossil dinosaur bone. The internal cell structure of the dinosaur bone can clearly be seen. This knife features two blades and the dinosaur bone is a red/purple coloration. 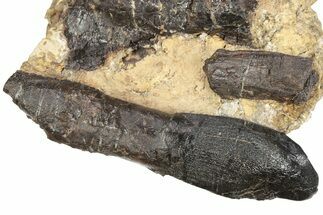 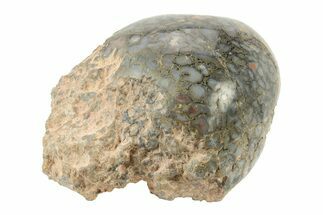