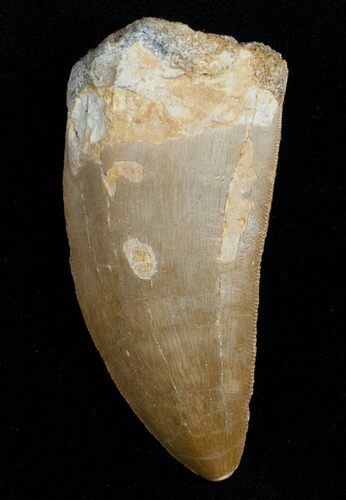 This is a good quality tooth of the massive theropod dinosaur Carcharodontosaurus saharicus, which often gets compared to T-Rex. It's 2.62" long with nice looking enamel and most of the serrations intact. This tooth has NO repair or restoration unlike the vast majority of Carcharodontosaurus for sale.