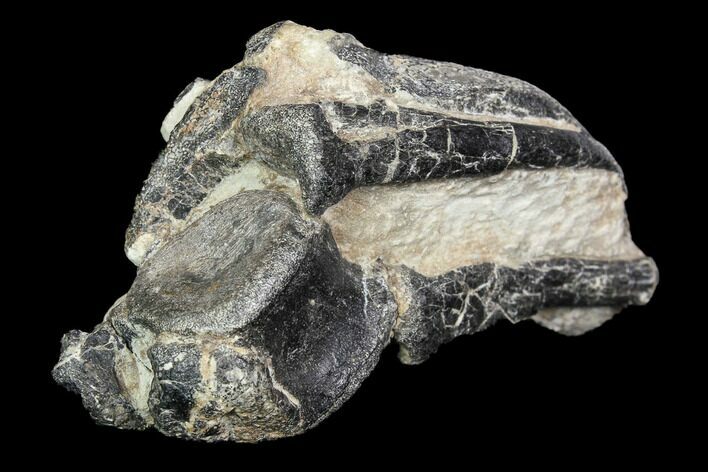 British dinosaur material is fairly hard to acquire and there is remarkably little of it on the market. This is a good piece with a nicely preserved vertebrae and partial ribs of the ornithischian dinosaur Hypsilophodon foxii. It was collected from the Isle of Wight in England. The entire piece measures 2.8 x 1.7"