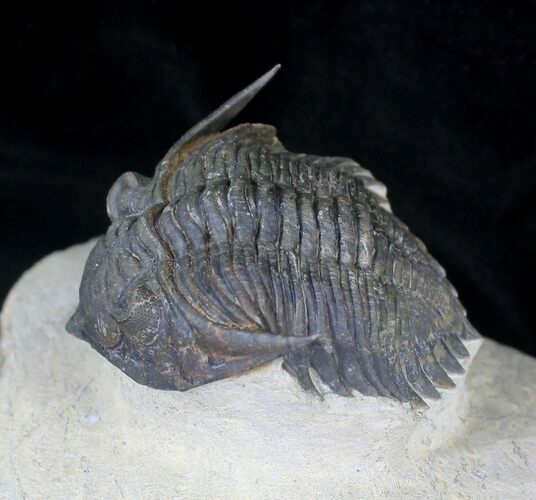 This is a nice example of a new species of Asteropyginae which was just described in a paper published in 2014. It is now known as Minicryphaeus giganteus, and is similar to the Pseudocryphaeus trilobites from Morocco, only several times as large.

This specimen would be 2.1" long if outstreched and has great eye facet preservation. No restoration. 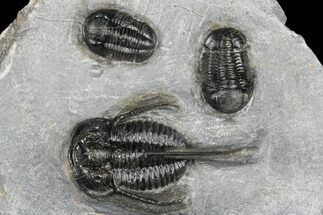