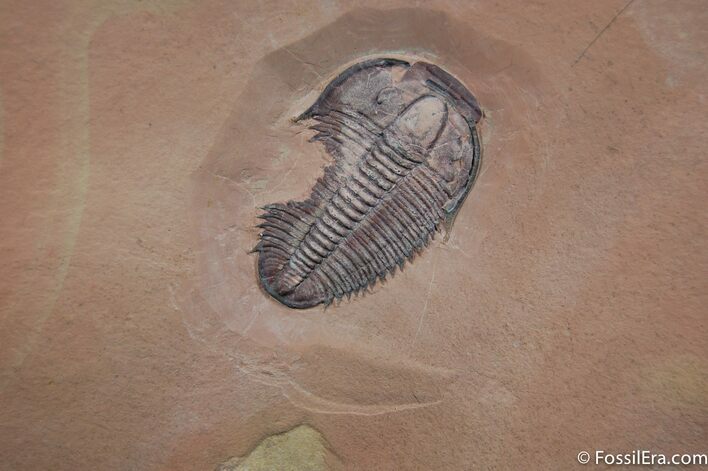 This is a very unique specimen for a variety of reasons. Not only is a scarce and highly collectable trilobite but it has a bite mark on it's left side. This bite may have come from an Anomalocaris, the most fearsome predator of the Cambrian. I've never seen another Utaspis with a bite mark like this one though I've run into other more common species with bites in the exact some location on the left hand side.

That's not all, there is some additional back story to this trilobite also. I collected it several years back during a large gathering of trilobite enthusiasts in the Utah desert called Trilobite Jam. After several days of digging this, trilobite won the contest for the best find out of 40+ other diggers.

Utaspis are a scarce trilobite is not seen that often on the market. You can dig days without finding a good complete example. The interbedded shales and limestones in which they are found take a lot of effort and skill to work. This one was personally collected and prepared from a private lease in the House Range. 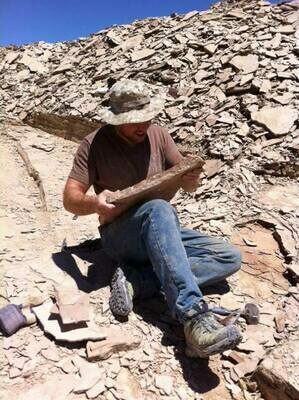