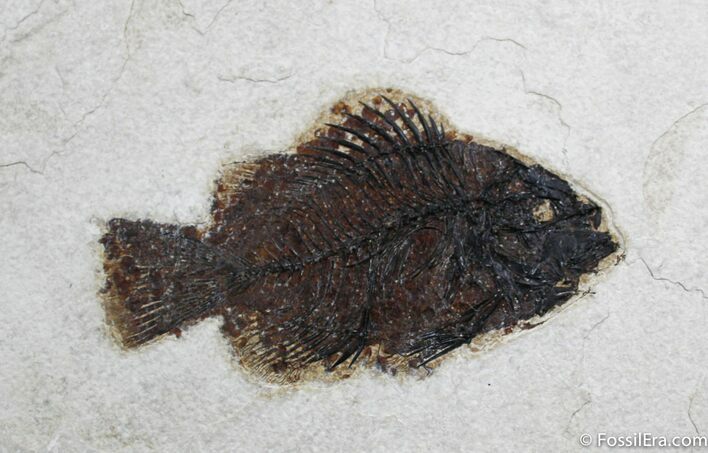 Here is a nice 5 inch long fossil fish of the species Cockerellites liops from the Green River Formation of Wyoming. It was found in the 18 inch layer, so it would have been completely covered in rock and required hours of detail preparation work. It's centered on a nice piece of matrix and displays well with the included acrylic display stand.