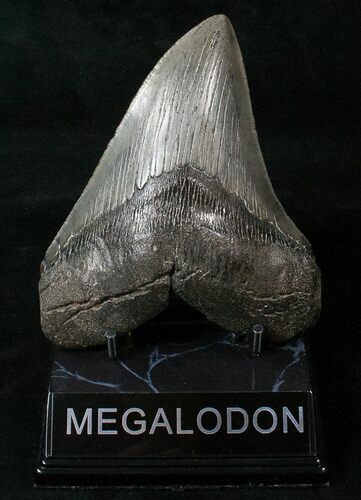 This is a nice, slightly hooked, 5.13" long Megalodon tooth collected in South Carolina. Overall it's a good, solid tooth. The enamel is in good shape as is the bourrelet. While the serrations are worn, most are still visible along the edge of the blade. A tooth of this size would have come from an adult Megalodon shark in the 40 foot size range. A true terror of the Miocene seas. Comes with the pictured display stand.