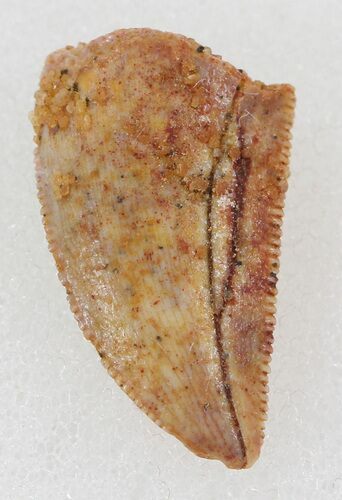 The tooth has nice serrations and a good tip. It was split down the middle went found and was repaired.
View Jurassic World Fossils
About Dinosaur Teeth
What Is A Raptor (Dinosaur)?
SOLD
DETAILS
SPECIES
Unidentified Raptor
AGE
Late Cretaceous (95 million years)