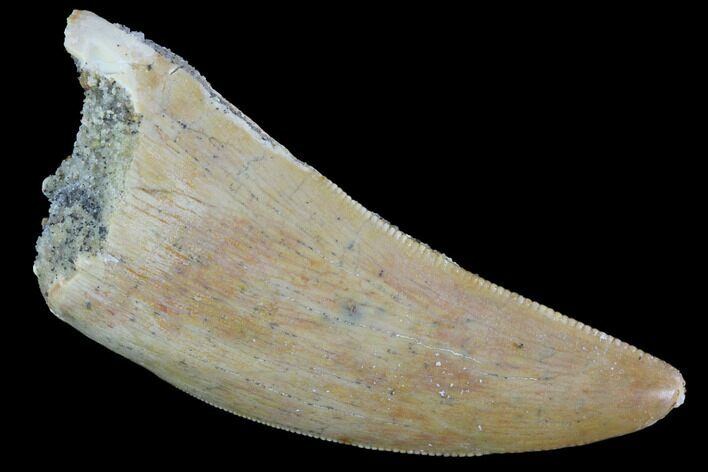 This is a 1.81" long tooth of a Carcharodontosaurus from the Late Cretaceous, Kem Kem Beds of Morocco. Carcharodontosaurus was a massive predatory dinosaur that reached sizes larger than that of Tyrannosaurus rex, though this tooth would have come from a juvenile with much smaller teeth.

There is very minor feeding wear to the tip of this tooth, as well as a stress fracture that runs parallel to the serrations along one side. There is no indication of any repair work to this tooth. 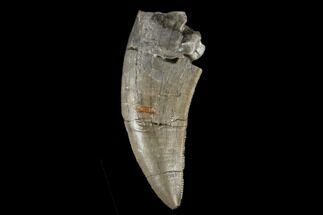