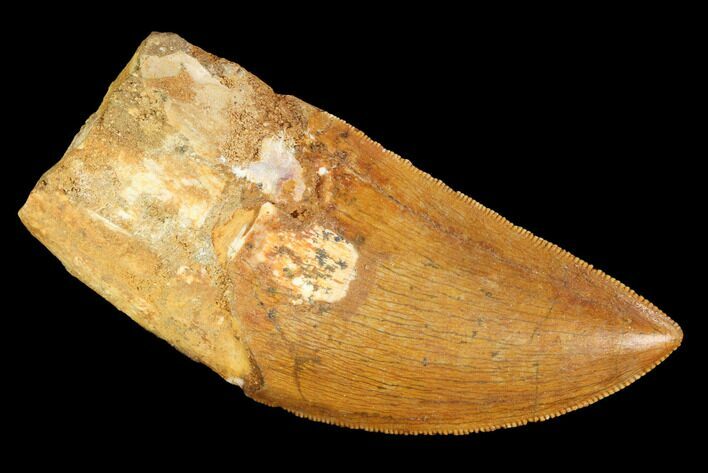 The serrations and enamel on this tooth are in excellent condition. There are no repairs in the crown of the tooth, but most of the root area has a lot of restoration.