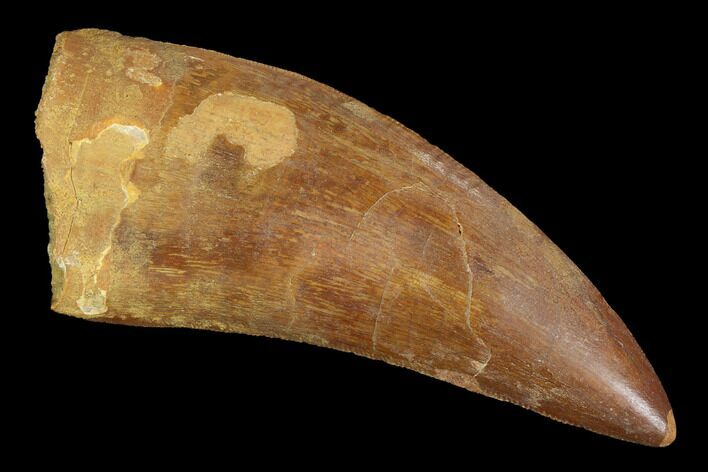 This is an authentic, 2.78" long fossil tooth of Carcharodontosaurus from the Late Cretaceous, Kem Kem Beds of Morocco. Carcharodontosaurus was a massive predatory dinosaur that reached sizes larger than that of Tyrannosaurus rex, though this tooth would have come from a juvenile with much smaller teeth.

There is a repaired crack about 2/3 the way down the tooth, with some minor chipping of the enamel from both faces of the tooth. 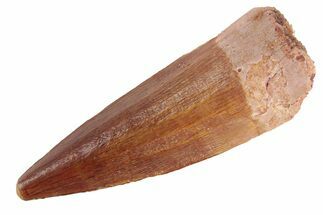 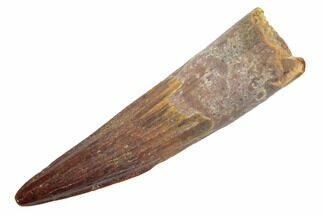