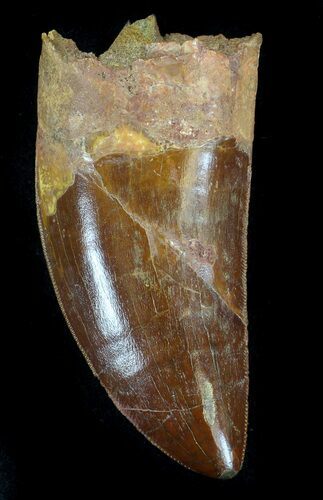 This beautiful, serrated 2.84" long tooth of the gigantic predatory dinosaur Carcharodontosaurus saharicus. This massive theropod often gets compared to T-Rex but is actually thought be larger.

The tooth has beautiful, mahogany colored enamel preservation and great serrations. Only minimal feeding wear the the tip. A few crack repairs, but only some very small gap fills in the cracks. I really high quality Carcharodontosaurus tooth.