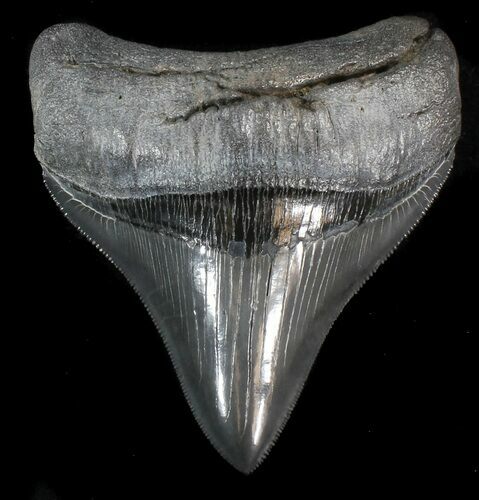 This is a sweet, serrated, 4.05" long, Megalodon tooth collected in South Carolina. The shape indicates it's a rare posterior tooth. Excellent serrations, a sharp tip, glossy enamel and a great bourlette on this beautiful tooth. You don't find very many posterior teeth this nice and large. 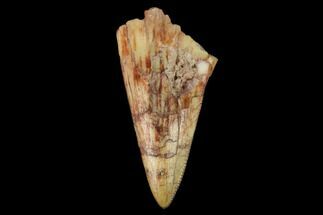