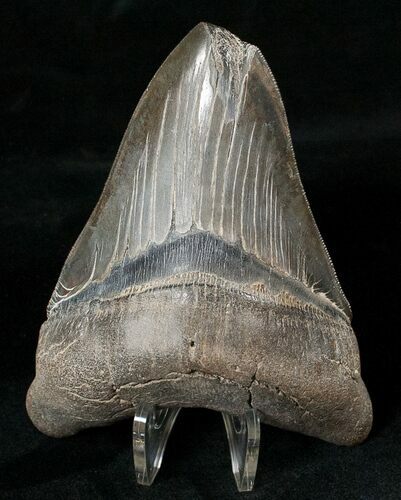 This is a sharply serrated 4.24" long, Megalodon tooth collected in South Carolina. It would have come from an adult Megalodon shark, probably in the 35 foot size range. The tip has been sheered away due to feeding damage as it either hit bone of it's prey or another tooth. Beautiful enamel preservation on this tooth. Comes with an acrylic display stand.