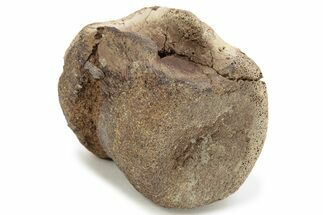 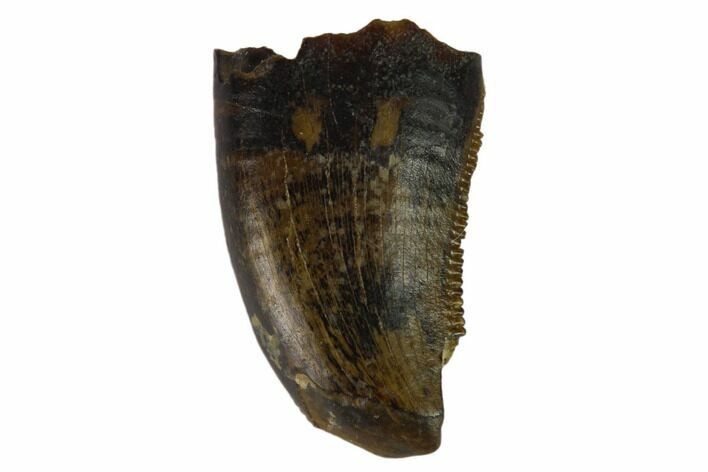 The tip of the tooth shows signs of feeding wear, though many of the fine serrations are visible.