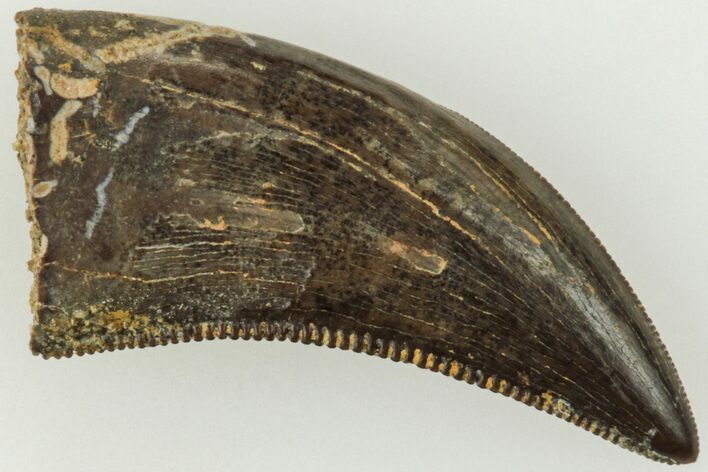 This is a .67" long dromaeosaurid theropod (Acheroraptor temertyorum) tooth from the Hell Creek Formation in Montana. At .67" long it's quite large for these raptor teeth, it has great enamel preservation, fine serrations, well defined ridges, and a sharp tip. Comes in an acrylic display case.