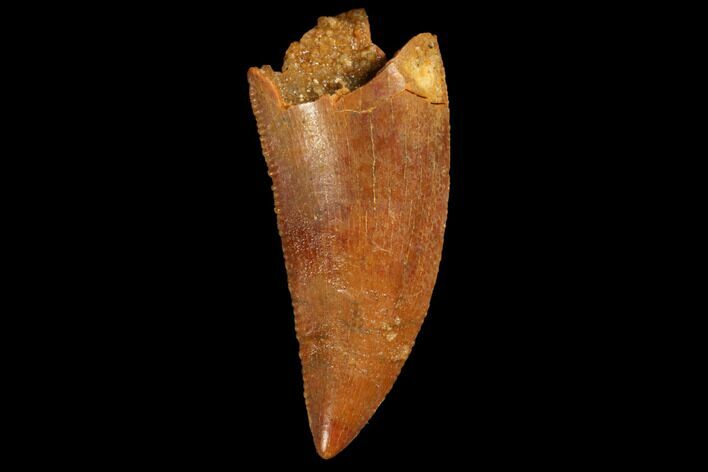 This tooth is quite large for these typically small theropod dinosaurs. The enamel is slightly weathered and the serrations have been partially worn down, however they're still present. One repaired crack in the middle of the tooth.