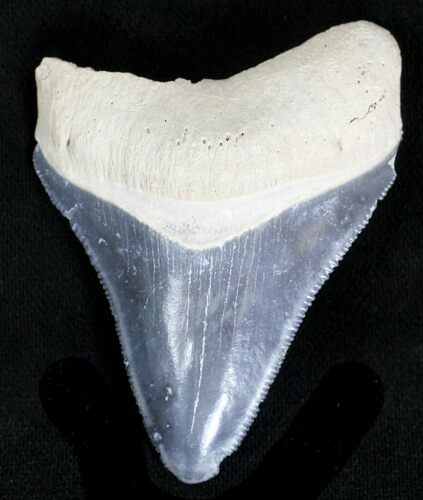 This nicely serrated, grey 2.39" tooth with good root contrast. A chip off the bottom, right root lobe, but otherwise a beautiful tooth. 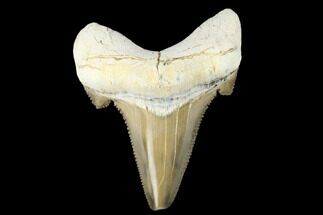