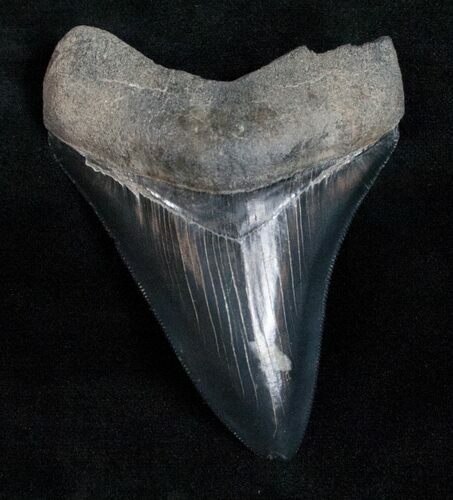 This 3 1/2" fossil Megalodon tooth from Georgia has razor sharp serrations and beautiful black enamel with some olive colored highlights. The edge of this tooth feels like the edge of a steak knife. Collected from a river in Georgia and comes with an acrylic display stand.