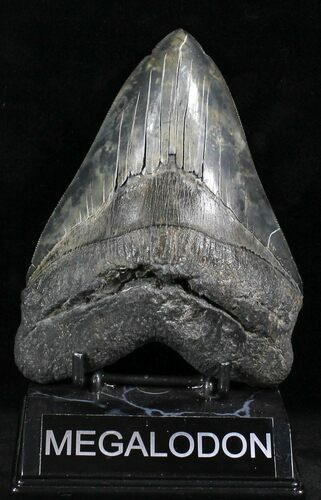 This is a beautiful 5.47" Megalodon tooth collected in South Carolina. This tooth would have come from an small Megalodon Shark in the 45+ foot size range. Although there is some minor enamel peel, the sharply serrated blade displays an amazing array of grey, black, and bluish-grey hues, that it looks like a stormy night on a Miocene ocean! Awesome tooth!