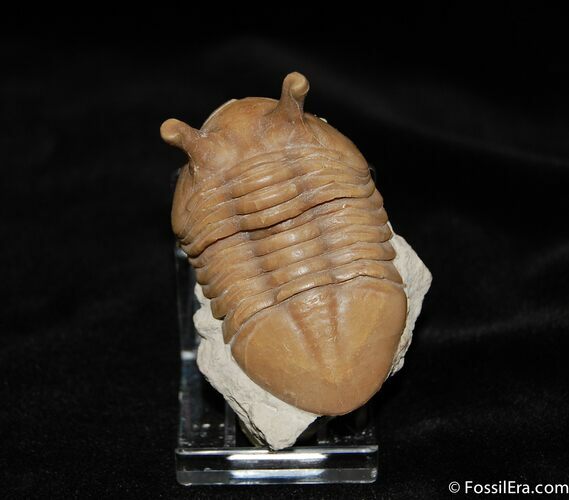 Here is a stunning and uncommon Asaphus intermedius displaying the long eye stalks characteristic of this species. It's very three dimensional and looks like it is ready to crawl off of the rock despite being 480 million years old. The preparation on this piece absolutely is masterful and would have taken hours to do under microscope. This would be an impressive collection to any fossil collection.

Like almost all Russian trilobites this does have some restoration but it is nearly pristine as far as the asaphids go at less than 1%. There are few touchups of missing shell on the 4th segment, and very minor restoration at the base of each eye stalk where they were reattached after being broken during collecting.
More About Trilobites
SOLD
DETAILS
SPECIES
Asaphus intermedius
AGE
Lower Ordovician