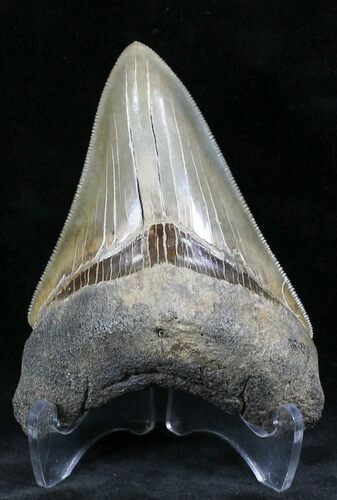 This is a stunning 4.05" Megalodon tooth collected in South Carolina. This tooth would have come from an small Megalodon Shark in the 40+ foot size range. The tooth is in great shape, having all sharp serrations and a beautiful reddish-brown bourrelet that contrasts nicely with the tannish-grey blade and root. There is a small piece of enamel peeled from the labial side, though it doesn't take away from the sheer awesomeness of this specimen. A truly collectible tooth!