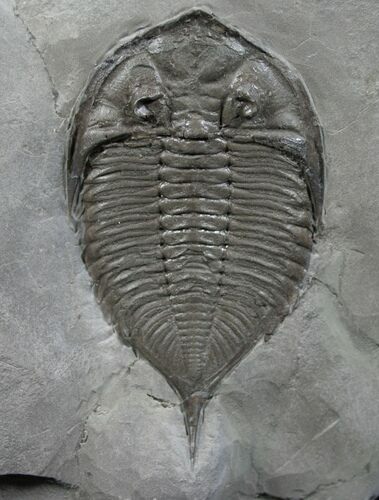 This is a very nice Dalmanites limulurus from Caleb's Quarry near Middleport, NY. It's above average size for the species at 2.68" long and centered in a nice piece of matrix. It's well prepared and definitely an above average specimen of this classic US trilobite. Like almost all trilobites from this quarry there is some minimal repair and restoration.

Please note, Caleb's Quarry which is the source of nearly all the Dalmanites trilobites is going to be closed and reclaimed after the next one or two digging seasons so these trilobites are going to become a lot more rare on the market.