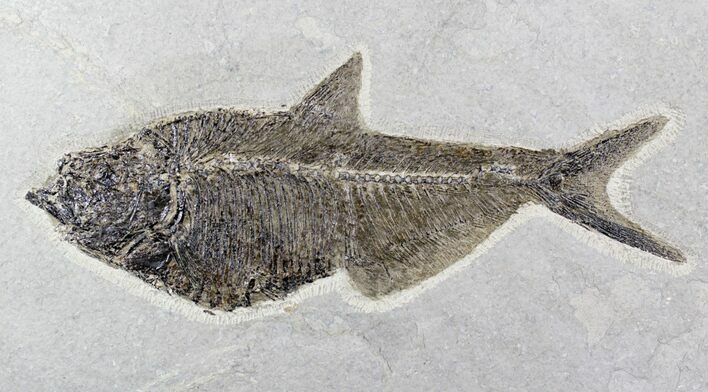 This is a good sized, 9.8" long Diplomystus dentatus fossil fish collected from the Green River Formation of Wyoming. It was found in one of the bottom layers of the quarry that is rarely collected. The rock is a grey as opposed to the typical whitish colored rock. It's also very hard, and the fish take about twice is long to prepare. This specimen is nicely centered on a thick 13.3x8.2" piece of matrix and has no restoration.

The rock has been backed with wood, both for stability and to allow mounting hardware to be installed. The entire plate is about 1 1/2" thick including the wood backing. It displays well, either on the included display stand, or we can provide mounting hardware to hang it on a wall. 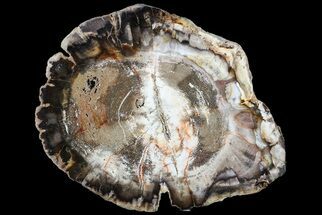