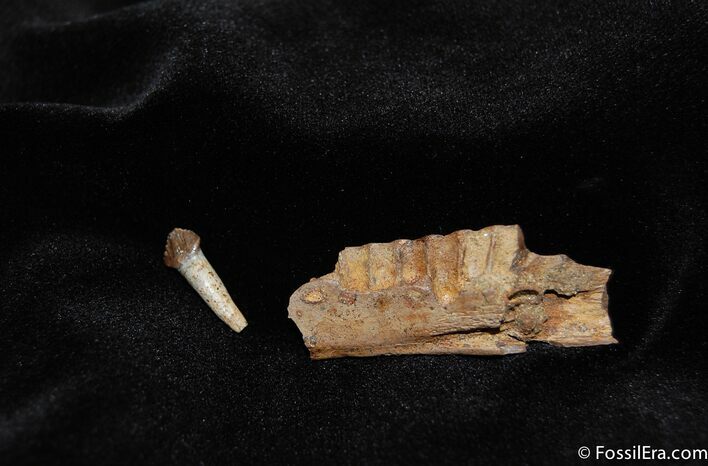 Here is a really sweet hard to find dinosaur tooth from a Thescelosaurus. What makes this tooth so sweet is both that it's fully rooted and it comes with a section of Thescelosaurus jaw bone. You can see how the root would bit right into the jaw. This is an exceptionally well preserved tooth and including the root it's .76 inches long.