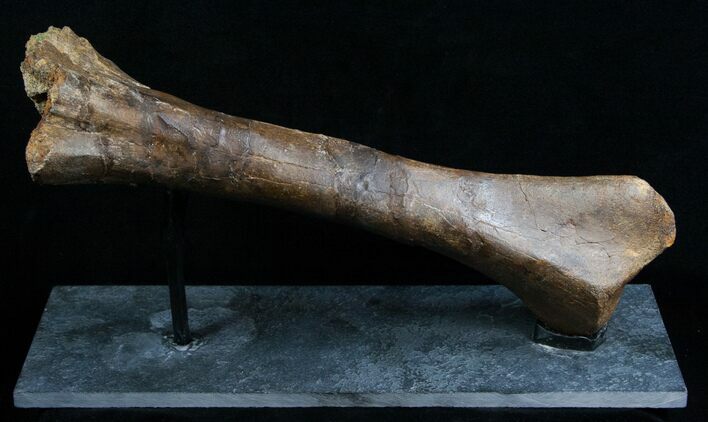 This is a foot long tibia of Thescelosaurus from the Hell Creek Formation of South Dakota. It exhibits great mineralization and bone density. There has only been a few minor repairs and crack filling done to it. It comes with a custom stand with a slate base.