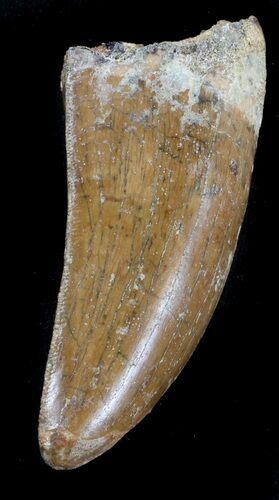 This robust, 2.53" long, tooth of the gigantic predatory dinosaur Carcharodontosaurus saharicus. This massive theropod often gets compared to T-Rex but is actually thought be larger.

This is a very thick tooth, so it likely came from near the front of the jaw. Great enamel preservation on one side and while the serrations are worn, most are still visible. A couple of repaired cracks.