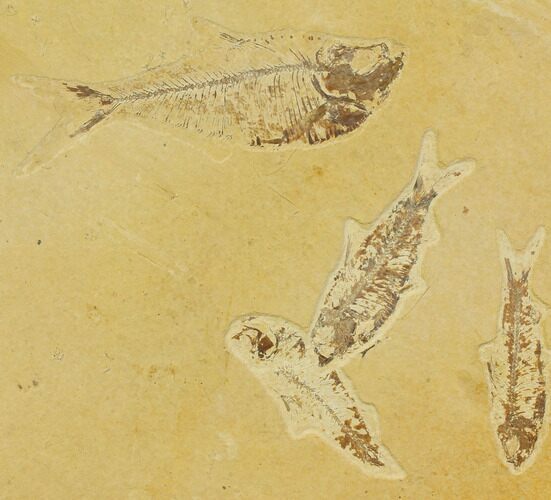 This four fossil fish from the Eocene aged Green River Formation of Wyoming, a Diplomystus and three knightia. The Diplomystus is 5.2". Both the Knightia and Diplomystus show bones and fin rays. Knightia shows scales but they are rarely seen on Diplomystus.