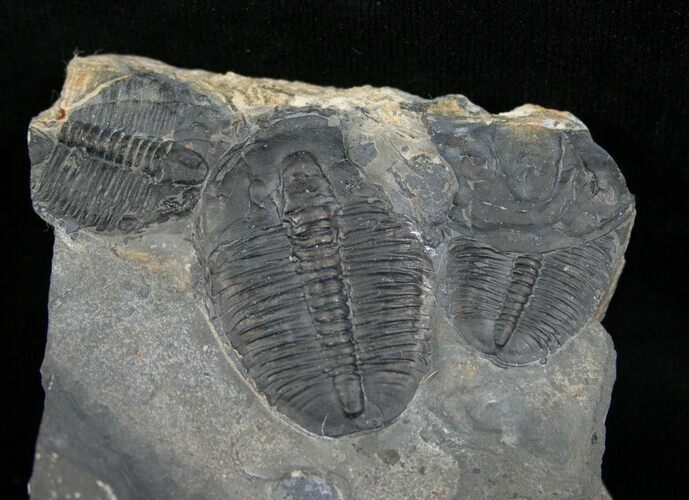 This is a piece of shale with three good sized Elrathia kingii trilobites on it from the 505 million year old Wheeler Shale of Utah. Unlike most trilobites collected at the quarries there this one was cleaned under microscope using air abrasives so it has much better surface detail.