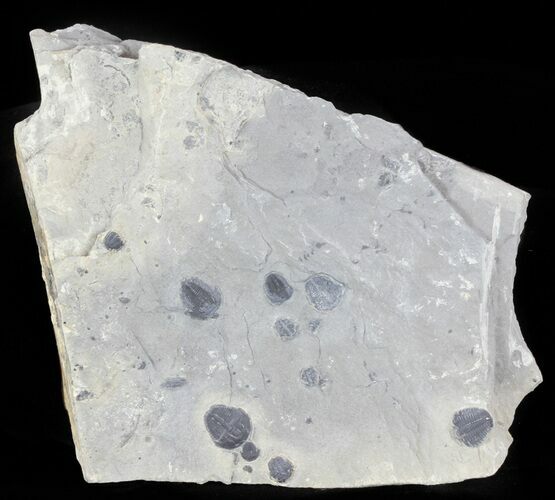 These are three Elrathia kingii trilobite specimens from the 505 million year old Wheeler Shale of Utah. They are preserved and prepared on the shale they were found in. The largest trilobite is .37" long. There are parts of other trilobites throughout the shale as well.