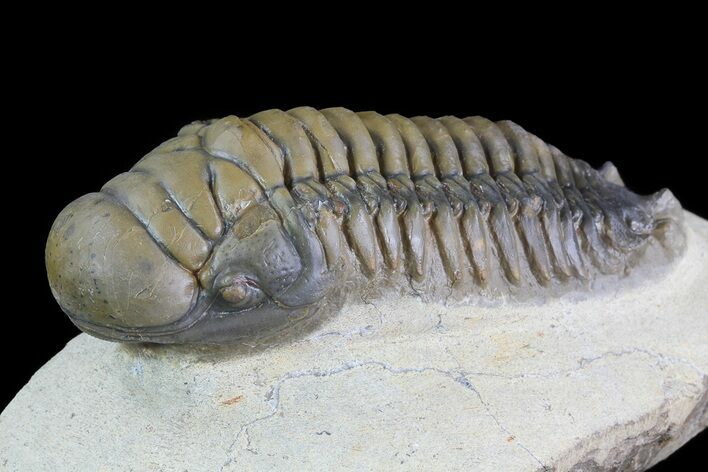 This is a large, top quality specimen on Crotalocephalina gibbus from Atchana, Morocco. It's 3.3" long with beautiful shell preservation, preparation and no restoration. A top 1% trilobite example of the species quality wise.